He was born in 1979 and grew up in Ringebu Municipality in the beautiful Gudbrandsdalen Valley, Norway.

While growing up Frank was active playing football and skiing, but music would prove to be Frank’s strongest interest. He was involved in several different bands over the years and participated in everything from cultural exhibitions, the Gudbrands Valley Championship and the Norwegian Championship in Rock at the end of the 90's.

Frank's main instrument is (and always has been) his voice. Frank is self-taught and has never gone to a singing coach, even though he would very much have liked to do so in order to perfect his talents, which he says himself,

"It would have been good if I had worked with a vocal coach at some point when I was younger. Instead I spent many years trying to sound like others, something I can very much hear when I listen to old recordings."

But all the experiences have also made Frank what he is today musically. He dares to use his full register and does it with the greatest of security. Something that came very much to light when Frank took the role as Freddy Mercury at several Queen performances in 2012 and 2013. The performance earned extensive praise and would also prove to be a turning point for Frank. Because after years of striving without fulfilment, this gave Frank the boost he needed to once again start believing in himself and writing songs again.

"It is strange how things fall into place when you start to believe and have faith that what you do is good enough. When people around you tell you that you are good, it does something to your view of yourself that again can move mountains if you dare to go the distance."

And fell into place it did. A former acquaintance from school

(Bent Bredeveien) dropped in randomly for coffee on a winter evening in 2012. The conversation turned to music, something that ended up with Bent listening to a few song drafts that Frank had made at an earlier point in time.

"I got the fire back in me at the same time as Bent said that he thought my song drafts were so good and I should do something with them."

While earlier collaborations had proven a financial and emotional disappointment, Bent had an approach to this that made Frank both safe and secure that something good could come out of this.

Bent had worked together with Marius Berg over a longer period of time, and as Bent said:

"I gladly take on the role of producer, but on the condition that Marius Berg is there as an equal co-producer. You realise that he is a "cunning person" and has many good ideas."

Frank was glad to hear this news. Now he suddenly had two good musicians he could work together with to develop his songs. Now he just had to get busy working.

The sound fell gradually into place and many working hours lay in front of all three.

"That someone has spent as many hours as Bent and Marius have done for me makes me incredibly humble and thankful. The task of writing new songs gives tremendous energy. Now I will do everything I can so that these and future songs will develop in the best possible manner. No chance or opportunity will go unseized. All this work I hope will pay back for everyone." 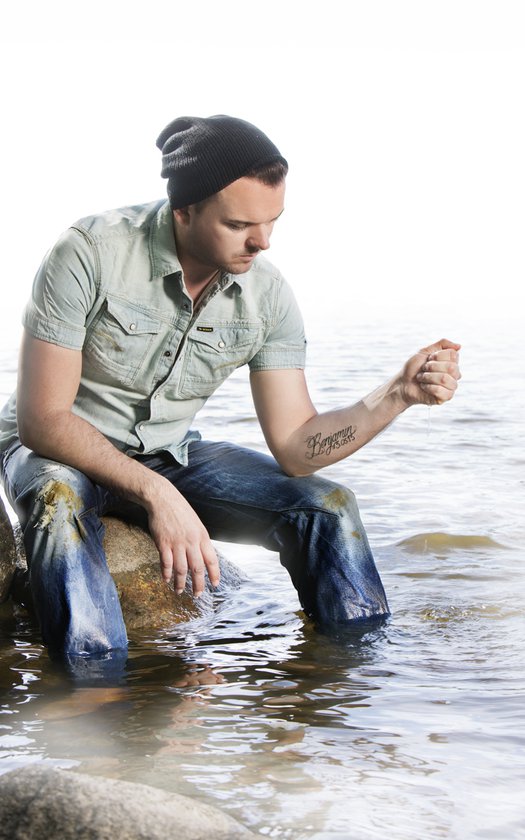